Iran and the so-called currency crisis

The Wednesday protest in Tehran last week on September 3 was the result of the recent currency crisis in Iran. This so-called foreign currency crisis started last year when the Iranian rial was losing value abnormally. And the difference in the rate of exchange between foreign currencies and rial is rising every second in these days. The rial has fallen by 25% in one week (last week) and has lost more than 80% of its value since the end of 2011. In other words, the rial faces a real free-fall. As a result of this fall, exchange bureaus were unable to do business since the rate was changing every second.

There were many speculations about the fall of the rial. The traditional conservatives, the main opposition in the parliament, claimed that Ahmadinejad and his government are responsible for this crisis without giving any clue why this crisis started. Ahmadinejad and his government claimed that a mafia group connected to the west is controlling the currency market. And the reformist opposition from the same view of pro-imperialist analysts connected this fall of value to the US-led sanctions against Iran and said that the sanctions are obviously effective. However the fall has its roots in the economic policies of Ahmadinejad during his presidency, especially after the nearly constant rise of oil prices since early years of 2000's.

Ahmadinejad in his presidency era, enjoying the rise of oil prices, was able to manage any problem coming from the sanctions against Iran’s nuclear program. The large amount of oil profits was directly going to import not only the basic needs of the people, but also any kind of commodity. And the remainder was directly injected to the market via credits or governmental support to imports. The rise of money supply in the market not only gave rise to inflation but also caused some other problems that were going to show themselves some years later. The holders of money, trying to maintain its value, tended to buy any commodity with the most trusted weight. Some years ago land and housing were the trusted way of investment and now it is foreign currency and gold.

However, the fall of the rial is not only caused by increasing the money supply. The IMF programs to make reforms in Iran's economy in order to integrate it into the international economy have their own effect independently. IMF Iran reports throughout the recent five years, praising the efforts of the Iran government in eliminating energy subsidies, suggested Iran to lower the power of the rial against the dollar and similar currencies. Following this suggestion, the Iranian government, having the major source of currency in it hands, fixed the value of government supported currencies which were given to the production areas and also basic needs import and made the market free in determining the value of the currencies. In the IMF reports, government cash support to low-paid layers of the society has also been suggested, the stuff Ahmadinejad's government was doing during the era of his presidency as reforms in economy. This means Ahmadinejad is implementing the reforms started by Rafsanjani, continued by Khatami and suggested by the IMF to integrate Iran to the international market, but this time very drastically.

When Ahmadinejad was elected president in 2005, he assumed office having the support of the supreme leader Khamenei along with the Revolutionary Guards (Sepah) and also a large range of traditional conservatives. Ahmadinejad in his first period maintained this support, but after he got the power for the second time with an eventful presidential poll, he started to clean his government from previously presented traditional conservatives and Khamenehi-supported ministers. As a result he lost most of his supporters. Although the Ahmadinejad government had problems with Sepah because of its completely independent policies in the country, they still had a good relationship. Sepah not as an army but as a big company benefited from the government's reforms. Most of the privatizations in industry or finance went to Sepah through manipulations. Sepah also benefited from the economic rent being introduced by IMF-led reforms in currency market.

There are two different rates of exchange in Iran, one fixed by the government and the other determined in the market, the difference between the two rates growing even as a result of the reactions of the government against the crisis. The rate in the market is nearly three times greater than the rate of the official value. This prepares a nice condition for some people or organizations to benefit from this growing mess. The huge difference between the exchange rate of currencies against rial in the free market and the Central Bank of Iran prepare the ground for a large economic rent. It is claimed by some sources that some individuals from inside the regime and some organizations connected to the regime enjoy this sort of economic rent. Importing of some commodities and transporting to neighboring countries without recording them as exports is a main source of income. Therefore, some individuals or organization - this could be Sepah – benefiting from this crisis never act against the situation. But in the long term this could be a problem for them also. In any case, whether the currency crisis continues or not, the country is going through a critical period and the need for a radical organization to lead masses is completely essential.

The main crisis is still to come

Imports of so-called basic commodities by governmental support of foreign currencies could control the market up to a time. But what happens when government has no power (mostly foreign currency) to support the import of the basic necessities of the people. The most probable scenario is a mass uprising. It showed itself when the price of chicken was raised in early months this year. In Nishapur people chanted slogans against the regime and protested the economic condition of the country. Most importantly, since the rise of prices in most of the basic needs of people, even most of those calling themselves members of the middle class are not able to supply the essential needs of the family. The rise of prices and the crisis of the foreign currency to supply the basic needs of the people can raise very serious protests, not directed against economic conditions alone, but also against the whole regime.

On the other hand, the rise of threats against Iran with a probable attack from Israel or from all imperialist forces prepares an environment for a plan to replace the more probable mass uprising in Iran with a pro-imperialist reaction for a controllable transition. At this point they need an alternative to introduce but in the case of Iran it already exists. The last presidential elections in Iran and the uprising following it raised an alternative for imperialist powers.

The protests after presidential elections in 2009 in Iran against the results of the poll were a turning point in the history of Iran Islamic Republic. The Islamic Republic always trying to reflect a full legitimacy of the state among the people saw itself in the middle of unrest and the collapse of the its legitimacy. The mass demonstrations in Tehran following the disclosure of the results declaring the victory of Mahmoud Ahmadinejad started a new era in Iran’s recent history. The peaceful demonstrations in the first days of the unrest were going to show a completely different face. The slogans changing from a more liberal “Where is my vote?” protests to the drastically different phase of “Down with the dictator!” resulted in a direct attack on the supreme leader Ayatollah Khamenei, which to a certain extent means the whole regime. The transition was also very bloody. The government did its best to suppress the riot. The security forces having the help of the Basij and pressure groups attacked the demonstrations and killed dozens of people in each day of protests. The protests also were modified and manipulated by the opposition leaders Hossein Mousavi and Mehdi Karroubi. They seemingly put up a respectable resistance against the threats of the conservatives. However, they really tried to stop the radicalized movement of the masses, which displayed an intensity capable of ruining the whole Islamic republic and its clerical representatives, especially at the time of the Ashura (the 10th of Moharram).

Mousavi the prime minister of the Islamic republic during the eight years of war with Iraq was exaggerated and introduced as a democratic and reformist figure despite his reactionary role in the protests and also without turning back to look at his part in the years of oppression and terror throughout the 1980s. The lack of a radical leadership or revolutionary organizations to lead the protests prepared the conditions for a reformist leadership. As a result the protests were brought under control by the Islamic Republic, which had already lost its legitimacy.

Although the protests revealed a feature of being portrayed as middle class protests and demands, the majority of the demonstrators were jobless youth. The lack of demands regarding socio-economic conditions, which are of greater concern for the working class, is one of the most important reasons, besides the lack of a revolutionary leadership, why the protests did notbecome more radicalized. 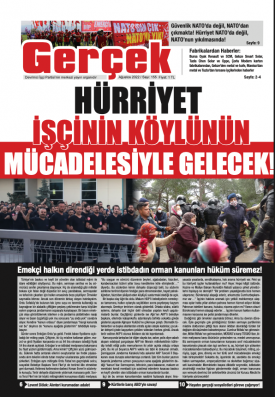